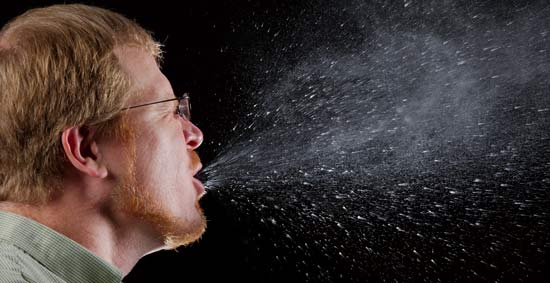 
We all have mucus in the morning; it’s normal even in healthy individuals. But, what does it mean when a mucus changes color… and becomes brown? This is why we are here today, to tell you bit more about the mucus itself, why does it build up and how dangerous it is for you if it changes color.

The color of the mucus mostly depends on the condition your lugs are in at the moment. Many people think that poor habits, such as smoking, can lead to this change in color. Though this does happen, it’s rare; if you are coughing up brown mucus, it usually means you have some other underlying health issue.


In addition to this brown mucus, you might experience other symptoms such as shortness of breath, sore throat, and nose bleeding.

As we already said before, everyone has mucus; it’s perfectly normal. Some people produce less of it, some more but we produce between 1 and 1.5l per day! I know that this number seems like a lot, but you should note that you just swallow most of it without even knowing.

The best way to define mucus would be to say it’s a body secretion consisted of salt, enzymes, immunoglobulin, and few other components.

As disgusting as it may seem, mucus plays a significant role in our body as it guards us against certain harmful microorganisms, moisturizes our nose, sinuses, and mouth. Mucus helps us get rid of dirt, dust, bacteria and keep our organism cleaner.

We know that it seems disgusting, but the next time you start coughing out brown mucus, you should take a closer look and try to figure out the exact hue.

We say this because sometimes patients have a brown mucus with a hint of green. The green color is a sign of inflammation, due to the green cells being produced by our white blood cells, leukocytes.

Now, this infection can have numerous causes from some benign ones such as allergies and irritation, to asthma and even cystic fibrosis.

Though cystic fibrosis is not as common as other causes we’ve listed, it can happen. One of the characteristics of this disease is a thick mucus that almost feels like glue.

Another common “color combination” is brown and yellow, and this can be a sign of pneumonia.

We can say that the dark brown mucus is the most common one. It can be caused by something entirely benign, but it can also be an indicator of a serious health condition. For this reason, it would be best to consult with your doctor first.

Of course, we can’t leave you at that; we are going to go over some of the most common causes of brown mucus you are coughing up.

Obviously, this is a bad habit. Smoking will not negatively affect your body; it can also have an adverse effect on your environment, people you hang out with and places you go to.

Prolonged, active consumption will lead to some different health problems:

According to the latest research, patients who smoke are 12 to 13 times more likely to die from COPD (chronic obstructive pulmonary disease) when compared to non-smokers. We are not here to judge you, but it is our obligation to advise you to cut back and eventually quit this nasty habit.

As you smoke, the nicotine resin and tar start to deposit in your bronchi and cause mucus and phlegm. The mucus density may vary, but patients reported it is often dark brown. 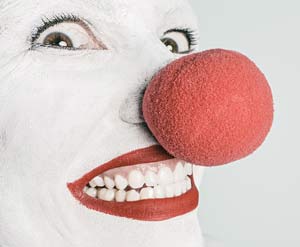 Polyps are abnormal tissue growths that are usually benign, small and can develop in some places:

Though most polyps are benign (noncancerous), the cell growth here is still abnormal, and they can eventually become malignant. This is why it is always a good idea to get regular checkups, monitor its growth and take appropriate action if necessary.

Though polyps can be found in many different areas around the body, we are most interested in nasal ones.

Nasal polyps are associated with the inflammation of the lining of our nasal passages. The good (and the bad) thing about these polyps is they are usually small, soft and you might not even notice you got them.

But, as they begin to grow, they may cause problems and even block the air passages through your nose. Other symptoms worth noting are a running nose, headaches, pain, nasal bleeding, decreased sense of smell and taste and, of course, mucus that can sometimes turn brown.

Chronic alcohol drinking can also lead to pneumonia and other related health issues. Some of the main symptoms worth mentioning here are nasal discharge, fever, scratchy throat and brown mucus. The alcohol itself will affect the color of the mucus you are coughing up and make it a dark brown.

We already have a couple of articles addressing this condition so that we won’t go into too many details. All we wanted to say here was that sometimes a brown mucus might appear due to the changes that are going on in your intestines.

If you want to read more about this condition, you can read our article on Irritable Bowel Syndrome Here.

Acid reflux And The Food We Eat

When these muscles get weaker, the sphincter does not close all the way, so the acid produced by our stomach moves up into the esophagus and causes the following symptoms – burning chest pain, bloating, burping, and nausea.

You might also notice an increase in mucus production. Depending on the food we eat (chocolate, coffee, wine, etc.) the mucus might turn brown.


Lung diseases are some of the most common medical conditions in the world. This is mostly due to our poor lifestyle habits (smoking or drinking), genetic predispositions or the environment we live in.

Each breath of air we draw is a chance for bacteria to penetrate into our breathing apparatus and cause an infection. Luckily for us, our immune system does its job incredibly well, so we are safe… most of the time.

When we do get sick, and the infection affects our respiratory tract, one of the symptoms will most likely be thick mucus, sometimes dark in color, or even brown.

Pollution is becoming a bigger and bigger issue at an alarming rate. Especially in large, industrial cities, the air is so polluted we sometimes can’t breathe without a protective mask. The number of cars on our streets is also increasing daily, so the future is not looking too bright.

The combination of polluted air and smog will most likely affect your airwaves and can sometimes lead to heavy breathing, increased mucus production and cough up brown, thick mucus.

Of course, the ideal thing to do here would be to change your environment, but if you can’t do that, at least try to “escape” to the countryside during the weekends.

Lung cancer can sometimes cause thick brown mucus to build up in your respiratory system. Some other symptoms are:

That being said, lung cancer is least likely to cause that brown mucus you are coughing up. It is usually something benign, we already mentioned previously. But it is important to look at all the possible causes and get yourself checked out if you suspect something more serious.

Now that we’ve covered all the symptoms of this condition, we are going to offer you some quick, easy-to-follow tips and tricks you can try in the comfort of your own home. If you try any of these, please let us know if it worked for you, or suggest some other method you used that we haven’t covered here.

Sounds unpleasant but if it helps, why not give it a go. What you need to do is peel the onion, squeeze the lemon juice and blend these for a couple of minutes.

Next, put this mix on the stove and let it boil for a minute. After it cools down, drink a few sips, 2-3 times per day.

This is something I consume on a daily basis, not just for the mucus problems but the health and immune system boost. I love honey, but ginger does require some getting used to.

Ginger is easy to deal with due to its firm texture. What you can do is peel it and use a grater to grate it as fine as possible. Then just put it in your jar of honey and let it sit for a few weeks. After that, it’s ready for use.

Chicken soup for the soul… not quite but close. This is also one of my favorite tips for fighting, not just phlegm, but cold in general. Just make sure it’s a homemade soup, don’t buy those from the supermarket.

As for condiments, I like to grind pepper into it; it clears my nostrils and throat right up. You can also add ginger and garlic.

Once again, homemade grape juice, not the one you buy at the store. If possible, buy fresh, organic grapes (without pesticides) and make it into juice. It is also a good idea to add honey to it.

You can drink it 3 to 4 times per day, and you will quickly notice a huge difference and clear your throat of mucus.

No, not lemon juice, lemon tea. There has been a craze over lemon tea in the last couple years, and for a good reason.

Lemon tea is a green or black tea with added lemon juice. The lemon juice will complement the taste of the tea and make it much more pleasant to drink.

Some people like to add sugar to this tea, to help with the flavor, we would advise you against it, make it as healthy as possible. You could add honey, but it would be best just to leave it as is.

Lemon tea is an excellent antiseptic which will moisturize your throat nice and clear the mucus buildup in your throat.

Curing your mucus problem will, of course, depend on the underlying cause of this increased secretion. The best thing you can do to “get the ball rolling” is to try and quit (or at least) minimize smoking and drinking. This is a sound advice even if you don’t have problems with your throat.

After that, we advise you to give these natural remedies a go. You really can’t lose much since all these mixtures can only benefit you, your organism as a whole and your immune system. They will also help you break up that thick mucus, but might not cure you entirely, depending on the cause.

NOTE: when coughing up your phlegm and mucus, don’t just swallow it. Coughing is your body’s way of getting rid of it, so by swallowing it, you are just making things worse. Please, walk up to your bathroom and spit it out.

As for the medication, you should consult your doctor to get the treatment right. If you have a nasal infection that is causing this brown mucus build up, you will most likely get a nasal spray. The doctor will probably give you some antibiotics to help speed things along.

As for a cough, you will also give some medication to soothe it and reduce the inflammation.

We are a big fan of prevention, here at Helpyourback.org, so we are going to give you some of the best preventive measures you can put in place as soon as you feel your throat closing up:

Orange Diarrhea – What Causes It And How To Treat It!