In this article, we are going to answer the burning question that’s on everyone’s mind – is pregnancy possible with an anteverted uterus!

People also ask me how dangerous is an anteverted uterus, what’s causing it and is there anything we can do about it.

If you are in a hurry, I can give you a quick answer to both of these questions – anteverted uterus is, in most cases, totally normal and won’t affect your pregnancy.

Of course, this answer is just the tip of the iceberg. We are going to cover this topic in much more detail further down the line, so we invite you to read the entire article.

The Anatomy Of The Uterus


The uterus is a thick-walled, muscular internal organ located in the pelvis (between the urinary bladder and the rectum).

An interesting point we can not about the uterus is that it’s mobile; its position varies depending on the location of the bladder and the rectum.

The uterus is divided into two sections:

The Position Of The Uterus 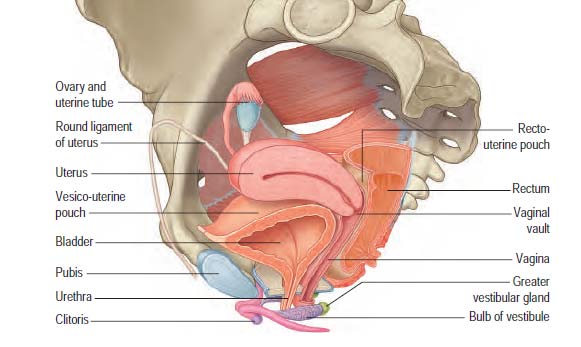 The uterus usually assumes one of three possible positions:

These are the three most common positions of the healthy uterus. But, there are also some pathological changes that affect the position of the uterus and result in: 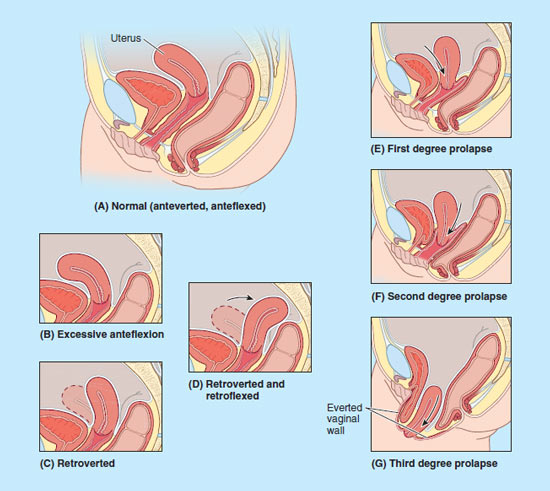 Anteverted Uterus – Will it Cause Problems?

We already mentioned the three most common uterus positions – anteverted, retroverted and midposed. Anteverted means the uterus is tilted towards the abdomen and won’t affect the conception, pregnancy, or childbirth.

This position is also beneficial to the women as it “protects” the ovaries; they are high up in the pelvis and out of the harm’s way.

The anteverted uterus is “easy to live with” as it, in most cases, won’t cause any health problems such as pain during intercourse, or pain and diarrhea during menstruation.

Since this variation is present in almost every 2 out of 3 women, they won’t even know they have it because everything will run smoothly.

The only problem with a uterus that is tilted forward is if it’s tilted too far towards the abdomen. If the womb is tilted too much, it might become difficult for the sperm and the egg cells to communicate.

If you have problems conceiving, you should get yourself checked out as this hyperextension might be what’s causing it.

Symptoms Of A Tilted Uterus

Since anteversion is a normal position for the uterus to be in, it won’t present itself why many (any) symptoms. You will live your life free of any problems.

The problems and symptoms will appear if the position is not ideal:

Manual Examination Of The Anteverted Uterus 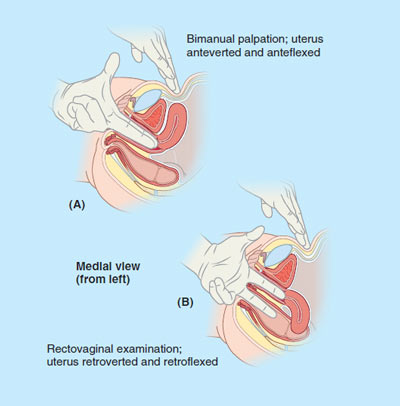 The size and the exact position of the uterus may be determined by using, what is called, bimanual palpation (bimanual – using both hands).

Using two fingers of the right hand, your doctor will feel the anterior wall of the vagina and the entrance to the uterus. With his left hand, he will press down on the pubic region of the anterior abdominal wall.

If the uterus is in its anteverted position, he will be able to feel both ends of the uterus between his fingers.

The goal of the exam is to try and palpate the retroflection of the uterus through the rectal cavity.

Will Anteverted Uterus Cause Problems In Pregnancy?

But if you’ve read the entire article up until this point, you know there is nothing to worry about.

Your pregnancy will not be affected, childbirth won’t be extremely painful, and your baby will not suffer for it.

Will It Cause Problem During Sex?

This is another common concern with young, sexually active individuals and their male partners. We are happy to tell you that anteverted uterus will not cause any problems/pains during or after the sexual intercourse.

Should you notice the problems mentioned above, it would be best if you consulted your doctor as they might indicate certain health problems such as posterior flexion of your uterus or, in some cases, pathological positions.

What Causes A Tilted Uterus?

People come in various shapes and sizes, and so does their uterus. You can not change this or affect it (as it was “written” in our genes), but the good news is in most cases you won’t even need to.

The anteverted uterus is perfectly normal and will only shift its position in pregnancy.

On the other hand, a uterus that is notably tilted (tilted to the side, rotated, etc.) can be dangerous.

Another condition we haven’t yet touched is endometriosis.

Endometriosis is a particularly nasty condition where the lining of the uterus (commonly found on the inside) starts to grow on the outside. The condition can also affect the ovaries as well as fallopian tubes.

Patients with endometriosis often experience intense pain during menstruation, pain during sexual intercourse, and may have problems with fertility. It can also cause pain during regular bowel movements and excessive bleeding.

As you can see, by looking at the symptoms, it’s easy to confuse this condition with a retroverted uterus, or even the Irritable Bowel Syndrome.

Though this is not such a common condition, there are certain risk factors you need to take into account, those are:

The course of treatment usually starts out with medication. If the drug does not yield positive results, the patients are typically subjected to hormone therapy.

Surgery is also used but only as a last resort.


By now, you should be aware of the fact that the retroverted uterus is a much greater cause for concern and that this position of the uterus causes the majority of the health problems we talked about.

It is not uncommon for the uterus to tilt backward during the first trimester. This tilting can cause lower back pain during pregnancy and, in some cases, problems with urination.

The good news is the uterus will return to its usual position, and everything will go back to normal.

We already talked about diagnosis in the “Manual Examination” section of the article but wanted to add that, if the manual test is inconclusive, the doctor will order an ultrasound to get a better understanding of “what is going on o the inside.”

Since this is the normal position of the uterus, no treatment is needed.

We need to address it if the uterus is in hyper anteflexion, retroflection or any number of other, pathological positions.

Repositioning the uterus is best done surgically, where the surgeon can manually position it in the right place.

Frequent Urge To Urinate But Little Comes Out? Here’s Why

This Is How You Do Toothpaste Pregnancy Test

Is Your Sternum Popping, Collar Bone Cracking? Here’s Why!