Radiocarpal or wrist joint is one of the most complex joints in our body. It is build up of distal (lower) sections of the two forearm bones and another 7 bones of the hand.

These bones are linked with numerous ligaments (which we will cover in the next section) which can get damaged through wear and tear that comes with age, but injury-induced torn ligament in wrist is more common.

In the following text you will learn more about:

Anatomy – Bones, Joints and Ligaments of the Wrist

If you look at most anatomy text books, you will see that wrist joint is referred to as the joint between lower end of the radius and upper surface of three carpal ( carpus – a group of bones connecting hand with forearm) bones – navicular (scaphoid), lunate and triquetrum (triangular) 1; as you can see on the image below:

But when we talk about the wrist in “layman`s terms”, we usually imply joints between the radius and ulna, and joints between two rows of carpal bones. For this reason we are going to cover all these joints now:

This is a joint between distal ends of the ulna and radius, connected by two ligaments – anterior (front) and posterior (back) radioulnar ligaments. Movement in this joint is fairly limited and it consists of the radius rotating around the head of the ulna. When the radius rotates forward, result is a movement called pronation (thumb is closer to the body) and supination (thumb away from the body).

This is the joint we mentioned above – between distal radius and scaphoid, lunate and triangular bones. The joint is strengthened by many ligaments, which is why torn ligament in wrist is such a common injury. Those ligaments are:

Movements this joint permits are: flexion, extension, abduction and adduction. You can check out the short video below for the demonstration of these movements:

This is a group of joints which we can divide into three subgroups:

I know that many of you reading this article, are not doctors or medical students and you might think all this anatomy is redundant, but I wanted to help you fully grasp the complexity of the wrist joint. There are so many different structures in this confined space, so an injury can cause a lot of damage, of course, tear one (or more) wrist ligaments.

Most Common Causes Of Torn Ligament In Wrist


The most common cause of injury, or in our case a torn ligament in wrist, is physical trauma. Two of the most common traumas resulting in a ligament tear are:

Weaken ligaments may go undetected for some time, because they will present with no symptoms. But, as the time goes by, the damage can add up and result in unstable joints, pain, limited range of motion and complete or partial ligament tears.

How To Diagnose A Torn Ligament Yourself?

To summarize it into one word – don`t! There is a common misconception in people… they think that you can read a few articles online and become an expert. If that were the case, there would be no need for higher education… The truth is that nothing can replace a well trained expert`s eye, backed up with years of experience, not to mention MRIs and X rays. This is why I always advise people to talk to their doctor, if they experience pain, swelling or any other problem with their wrist.

What will the doctor ask you?

No need to worry about it, you probably already know the all the answers you doctor will need. Most common questions are:

Next comes the physical examination, and I have to warn you that it may hurt a bit. Your doctor will try to access the severity of the injury, move your wrist to see if there are any problems with the range of motion, how are bones aligned and to pinpoint the exact location of the pain.

What Medical Tests Can You Expect?

Doctors will usually order an X ray of your wrist – to see whether any bone is broken, and MRI – to see what is the condition of the ligaments and other soft tissues around the joint; they can also do blood tests or an EMG to measure the electrical activity of the muscles.

In some rare cases, doctor may even require an arthroscopy. This is a procedure where a tiny camera is inserted into the wrist joint to show the surgeon exactly which ligament is damaged/torn, and can also assist during the surgery itself, to grant a better view of the ligaments that are being repaired.

Most Common Symptoms Of Ligament Injury In Wrist 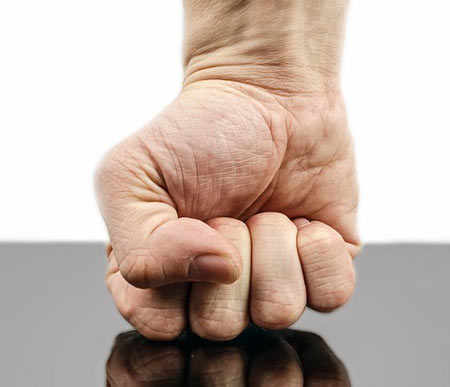 Of course, there is no one specific symptom to confirm a torn ligament in wrist, but there are symptoms which will point us in that direction. They are:

Doctors usually say that accurate diagnosis is the key in efficient treatment, which is 100% true! Why? Well, most people don`t really like going to their doctor. They tend to diagnose themselves and assume injury is not severe: “It`s just a sprain, the ligament is not torn.” Then they rest for a few days (until the pain goes away) and resume with their daily activities. They only visit their doctor after several months, when they start noticing something is not right.

As for the treatment, it can be non-surgical or surgical.

After the ligament is fully healed, patient will usually require physical therapy to regain the range of motion and strength within the muscles and joints.

Surgical treatment is for patients where the ligament is completely torn; it may also be required if the bones are not aligned properly. It is vital that the surgery (if it is required) gets done as soon as possible, before scar tissue forms and bones fall out of their place.

There are several surgical procedures that can be done and surgeon will usually choose the best one based on your current situation.

Bone pinning is a procedure where the surgeon will insert a metal pin to hold the bones in place, until the ligament is fully healed. This procedure is good for partial torn ligament in wrist, but it needs to be done within couple weeks after the injury, before the scar tissue starts to develop.

This surgery is usually performed after six or more months after the injury occurred. The goal of this surgery is to identify the torn tendon and insert a tendon graft (a tendon taken from another place) in its place.

Recovery time will depend on the type of surgery that was performed, but patients are usually able to use their hand within the first couple days after the surgery. After two weeks stitches are removed and patients are advised on which exercises to perform and in an effort to regain full mobility.

Is Your Sternum Popping, Collar Bone Cracking? Here's Why!

Hip Pain After Sitting Goes Away After Walking - Here's Why

Flat Poop – IBS and Polyp As The Most Common Causes