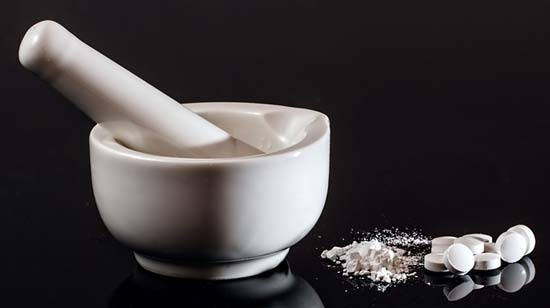 
The name GG249 you see on your pill points to Alprazolam drugs class. This is a class of known and potent, short-term anxiolytics. Commonly used to treat severe anxiety and panic disorders. This medication class, though, is a part of a much larger group called benzodiazepines.

Benzodiazepines act as sedatives, inducing sleep, anti-anxiety state, and muscle relaxation. Common brands of these class of medication you might hear of are Xanax and Niravam.

There are a couple of variations of Alprazolam medication, such as disintegrating pills, long-term tablet or tablets with immediate release. Alprazolam acts as a muscle relaxant, sedative, and hypnotic.

This type of medicine was first used in 1981, for the treatment of panic disorder, and after a while, it became a brand.

This medicine has extended spectra of influence, so the symptoms it addresses are:

You can use this drug to treat anxiety attacks; research showed that it does work. But once you stop taking it, the problems tend to come back.

Experiments done so far showed that after you stop taking the medication, those panic and anxiety attacks will come back. Not only that, they tend to get much more intense.

The most likely reason for this is an addiction to it. It takes our body around six months to get physically addicted to it, though some people may even hang on for a couple of years. And during this time you continue to take it, you will be forced to increase the dosage because you will get more and more tolerant to it.

As you might already know, there are two aspects of addiction – physical and psychological. So, even after your body rids itself of the last traces of this medication, you will still feel those psychological symptoms of an addiction recovery – you will experience trouble sleeping, memory loss, swelling, mood swings, etc.


At the time it was developed, alprazolam class of medication was the number one choice for those suffering from panic disorders. However, the medical professionals quickly proved that taking this drug may lead to addiction, so the medical community shifted towards selective serotonin reuptake inhibitors for treating this condition.

Nowadays, selective serotonin reuptake inhibitors are most widely prescribed antidepressants. The principal way they act is by boosting serotonin levels in the brain. Taking this medication will block the reabsorption of serotonin allowing more of it to be available within the brain. 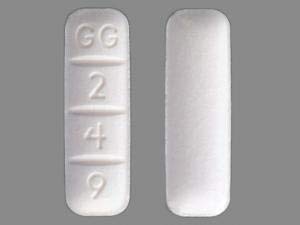 As with any pill of such properties, many dealers on the market sell fake gg249, along with some other drugs. It is vital for you to be able to detect the illegal pill, as it can seriously damage your health, both physical and mental.

Not only that, some fake pills don’t even contain Alprazolam and will do absolutely nothing to treat your panic and anxiety disorder. Considering the way they are being sold, they will also cost much more, and if you use them regularly, you will add financial problems to a growing list of your concerns.

So how do you detect fake gg249 pills? Here are four simple steps that will help you identify the fake pill if you ever come across it:


As with every other medication, you should keep an eye of the following contraindications:

One of the main side effects (you might already be aware of) of this medication is reducing concentration as well as affecting your motor skills. Since these two are vital when driving your car, it is advised you refrain yourself from it. Take a bus, a taxi, or find someone else to drive you around – you should always think of your safety and the safety of others.


Another less common but interesting side effect is a lack of fear. Though some people might think this is a good thing, a little bit of fear is helpful and should not be disregarded so easily.

This medication should not be prescribed in pregnancy in the first place since the majority of the doctors believe that using it in (early) pregnancy might cause some congenital abnormalities.

These abnormalities can be so severe, harmful, and irreversible that medical abortion is advised.

You should also avoid this pill shortly after giving birth if you are breastfeeding your child. Breastfeeding will allow this medication to enter your baby’s organism and cause problems such as losing weight and making your child lethargic.

Frequent Urge To Urinate But Little Comes Out? Here’s Why