Bruised Finger – Why It Happens And How To Treat It! 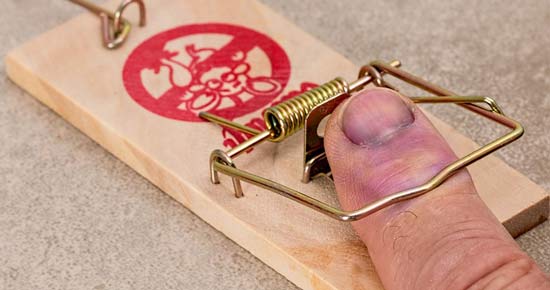 
We use fingers in virtually every activity through the day, sometimes without even noticing it. So, naturally, it’s easy to injure them in one way or the other.

Whether you’ve bruised your finger while playing a sport, falling down, or while doing some other physical activity, we are going to help you take good care of it and help it heal as quickly as possible.


We’ve divided the article into several sections since we intend to talk about the anatomy of the finger, tissue bruising, causes of bruising, and ways you can help yourself.

The Anatomy Of The Finger

The finger is, of course, a part of the hand. It is very flexible due to its numerous joints that act together as we move them. We have five of them on each hand (and feet) and, what separates us from other animals is our opposing thumb. Our opposing thumb has been our most valuable asset through the ages as we progressed.

In addition to finger joints, it is worth mentioning that our hand is divided into two surfaces:

The bones of the fingers are called the phalanges; we have 14 on each hand. Every finger is comprised of 3, and only our thumb has two bones in it. The bones are named by the location:

That’s is as far as the anatomy goes, we won’t bother you anymore. It is not the time to talk about the bruises.

Everyone has had a bruise at least once, it’s a fairly common injury, and it is not strictly related to fingers; a bruise can appear on any part of your body.

So what exactly is a bruise? Well, bruises occur when we injure those small, tiny blood vessels underneath the skin. Skin is durable and sturdy and will protect us as much as it can, but it the blow or an injury is severe enough, it will cause tissue damage.

The injured blood vessels will most likely rupture so that the blood will seep into the surrounding tissue. The color of the bruise will vary depending on the time of the injury and how long you’ve treated it.

As you might have noticed before, most bruises will go away on their own, but if they persist, you should seek medical help. Later in the article, we will talk more about when to visit a doctor, but first, we’ll talk more about the causes of a bruised finger.

Common Causes of A Bruised Finger

The most common (sometimes the only) reason you see bruised appearing on your fingers, is due to a mechanical injury. There are a lot of different scenarios that can lead to this injury, and we will try to list as many as we can.

We will also divide bruises into two distinct categories – Explained and Unexplained.

The Bruises We Can Easily Explain

As you might have guessed, these are the bruises we’ve mentioned earlier – those that are a result of a mechanical injury.

There are also those individuals that are just prone to bruising. This usually happens in older people and women. This is due to the fact our skin becomes thinner over time, and it just bruises more easily.


There are some cases where you simply can’t tell why a bruise appeared on your finger; you don’t recall injuring it. These are the cases we would advise you consult with your doctor, especially if you notice several bruises appearing at the same time, on different fingers (or even different parts of the body).

Some of the causes of these unexplained injuries are:

The most prominent symptom of a bruised finger is, of course, localized discoloration of the skin.

We’ve already said that, in the beginning, the bruise will become red, dark blue or even black. As the time goes by it may change its color to a lighter hue of purple, yellow or even green.

In addition to the color, the affected area is tender to touch, swollen, and may even limit your ability to move the affected finger.

The bruise will go away on its own after two weeks. If it does not, however, you should seek medical help.

The only silver lining when it comes to bruises is that there is no chance for an infection. Since the skin integrity is not violated (the skin did not break), the possibility of an infection is minimal.

Is your Finger Bruised Or Broken

This is a question many people ask, and for a good reason since a bruised finger can hurt just as much as a broken one. So, how do you tell the difference?

Well, it depends on the severity of the injury. A fracture means that the bone has lost its integrity, it will swell up, cause severe pain, redness, cause lack of motion, and it may cause a deformity in your finger.

A bruise, though painful, will not present itself with such severe symptoms as a fracture. Sure, there will be swelling, pain, and limited range of motion, but you will still be able to move your finger. If you are strong enough, you can even try to move your finger slightly, using your other hand, just to make sure the bone integrity is intact.

As you can see, differentiating between those two can sometimes be tough, but a telltale sign we can pinpoint here is that, with a bruised finger, the pain will slowly start to go away in the first 4, five days since the injury. In a fracture, the pain will be much more intense and won’t go away on its own.

When To Seek Medical Help 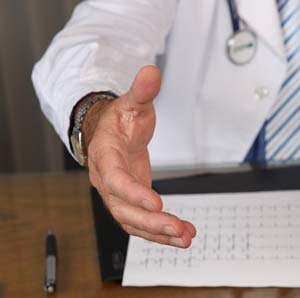 We suggest people visit their doctor as soon as they suspect something is wrong. Of course, many avoid going to the doctor altogether. The choice is yours, but here are some of the situations you should and must go and see a doctor:

How To Help Yourself – At Home Tips

We are sure you already know most of these tips we are going to list, but this is just a standard procedure people with a bruised finger resort to.

Applying an ice pack directly onto the bruised area will help relieve pain and reduce the swelling. Note that it is never good to apply ice directly to the skin, as it may damage it. You should wrap the ice in a cotton cloth and then press it up against the skin. As a rule of thumb, you should not apply the ice for more than 15 minutes.

Another thing that goes well with icing is elevation. If possible, you should elevate your hand above heart level, this will help reduce swelling faster.

Though not often, your doctor might want to immobilize your finger to reduce further damage. He may tape your finger to the other ones or even use a splint to hold everything in place. If this does happen, you should pay close attention to the instructions he gave you, take good care of your fingers and hands and avoid manual labor as much as possible.

How To Make Yourself Fart – The Definitive Guide!

Do You Have A Dislocated Rib? – Find Out How It Feels: