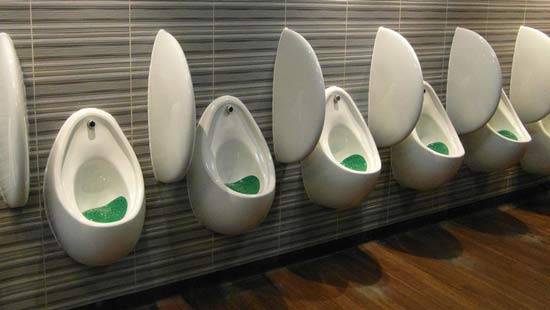 
No, seeing bubbles in your urine does not mean you should cut down on coca-cola (or any other fizzy drink for that matter), as the two are not related at all.

But what causes them? Well, there is no easy answer to this question, which is why we’ve decided to give you the most comprehensive list of causes of this condition and give you a few pointers on how to treat them. Before we do, though, let’s talk a bit more about the urine itself

Urine – What Is It, And Why Our Body Produces It


Urine is a form of body waste, produced in the kidneys, and excreted when we urinate. A normal, healthy person urinates every 2 hours on average when drinking a recommended daily liquid intake (2 litres).

Urine is mostly made of water, around 95%, while some other substances found in it are urea (9 to 10 grammes/l), chloride, sodium, etc.

Why Do I Have Bubbles In Urine?

Having bubbles in urine is usually not a common complaint you would hear at the doctor’s office, but it does happen; some researchers say it occurs much more often, but we just can’t record it since people are too embarrassed to talk about it.

In any case, the “condition” itself shouldn’t last more than a day or two, but if you notice it does not go away after a few consecutive days, you should consider visiting a doctor.

The list of causes of a “bubbly urine” is quite long, luckily for us, most causes that are on this list are benign in nature. That being said, there are some which could raise concern, but they are relatively rare.

One example of a harmless cause would be expelling too many proteins when you urinate. This is not a harmful cause by itself, but it can indicate a problem with the function of your kidneys. Another would be chemical commonly used to clean the toilet – your body might react with some and cause bubbles in urine, irritation or some other problem.

Harmless Causes Of Bubbles In Your Urine

Here is a list of the most common benign causes of this condition:

There are certain chemical elements in our urine (urea or sodium) which react with toilet cleaners, and odor removers, creating gasses that cause bubbles to appear in our urine.

Of course, this condition is easily addressed, just switch to other chemicals your body does not react to, and you’ll be okay. You might need to cycle through a few brands, but eventually, you will get there.

The easiest way checks if your urine reacts to the toilet chemicals is just to use a different bathroom and see if there is a reaction.

This is one of the more ridiculous causes of bubbles forming in your urine, but we have to cover it just to be thorough. When you force urination and urinate fast, your urine hits the surface hard. This usually happens in the morning or after you’ve been “holding it in” for quite some time.

Your bladder expands due to the amount of urine it’s holding so once you relieve it, it forces the urine out quickly, resulting in bubbles which appear but don’t last very long.

In some rare cases, dehydration can cause rapid urination, so if it happens during the day, you might need to up your water intake. 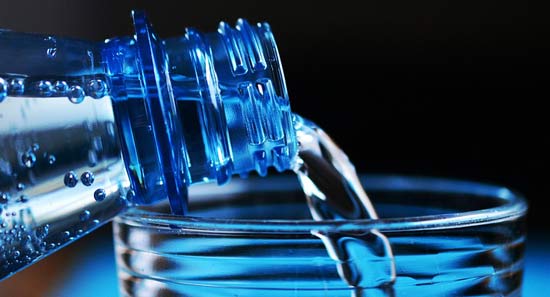 As we’ve mentioned above, lack of water in our body can cause these bubbles. The proteins in the urine ( and there are a lot of them) all mix up when you are dehydrated, making the urine more concentrated.

But how do you know if you are dehydrated or not? A simple way to determine if your body needs more water is the color of your urine. Normal urine is a pale, clear, yellowish liquid, but if you notice the color became darker (sometimes even foamy), or a strong scent of ammonia, this is a clear indication your body needing more water.

Water is essential since it helps our body expel toxins, so drinking at least 2l of water each day will help your body stay healthy, purge toxins and prevent bubbles in urine.

Pregnancy is also known for causing bubbles in the urine. This is due to the processes relating to GLOMERULUS. The glomerulus is described as a network of capillary whose primary function is to filter the proteins into the bloodstream and out of the urine.

Certain amino acids play a major role in this process, and when the levels of these amino acids are raised, the efficiency of glomerulus goes down.

Keep in mind that having more proteins in your urine can also be a sign of preeclampsia developing, so if you are pregnant, you should not risk it – do see a doctor.

Other common causes are:


Now it’s time to mention some of the more serious causes, causes you should pay attention to and should be addressed by a medical professional.

This condition happens in pregnancy where glomerulus is severely damaged, and the filtration process is corrupted. As a result, large quantities of proteins rush into the urine and cause bubbles.

The glomerulus is often damaged due to:

Another common cause of proteinuria is kidney malfunction. Since kidney’s primary function is filtration, it goes without saying that a damaged kidney may “let in” some substances into the urine and cause problems.

Reducing the amount of proteins patients consume is vital in these patients, to put this condition under control. In addition to dietary changes, your doctor might prescribe a medical therapy based on the severity of the damage done to your kidneys.

Preeclampsia is another complication involving pregnancy. The condition is characterized by an increase in the amounts of proteins in the urine, but the problem is the symptoms of this disease are similar to those of a healthy early pregnancy – headaches and swelling may occur at the beginning of the disease, and as it progresses, patient’s eyesight may be in jeopardy.

Make no mistake about it, the later stages of this disease can even be deadly, to the mother of the child. This is why it’s important to diagnose it as soon as possible.

If the disease does occur, an urgent childbirth is necessary, which can turn out to be a nightmare in itself if the baby is still too young. The mother, on the other hand, will be given medication to control the blood pressure and anticonvulsant in the case of a seizure.

The good news is, this condition is relatively rare. The best advice we can give you is to visit your gynaecologist regularly, and you won’t have to deal with this problem.

A fistula is an artificial connection between two tissues in our body. In this particular case, it’s a connection bladder and colon. This fistula causes the water to accumulate at the base of the bladder and put additional pressure on it. This added pressure can cause bubbles to appear in your urine. The medical term for this condition is pneumaturia.

The fistula can point to a severe disease, such as the Chron’s disease, and it is more often in men. Unfortunately, the fistula requires surgery in most long-term cases.

UTI is relatively common (more common than the conditions we mentioned above) and may lead to bubbles in your urine (as a result of the presence of proteins) as well as a foamy urine (as a consequence of a bacteria).

Most common symptoms of UTI are:

This condition may get even worse if the bacteria reaches your kidneys – it will cause nausea and even vomiting.
The first line of action here is amping up your fluid intake! This will help you flush out toxins faster, but you should still visit a doctor. He will most likely prescribe some antibiotics, and the infection will go away in a week or two.

People with hypercalcemia have too much calcium in their body. At first, you might struggle to see the connection between calcium and bubbles in the urine… and this is because there is none! This disease will indirectly lead to it as it will force you to urinate more often. And as you urinate, you might get dehydrated. Dehydration may, then, result in bubbles.

This condition might require professional help. Meanwhile, you should increase fluid intake.

There is a known link between proteins in the urine and heart conditions, so having had a stroke, or any other cardiovascular disease (even a high blood pressure) may result in bubbles appearing in your urine.
Treating cardiovascular problems requires a long-term commitment, lifestyle changes, and medication.

The diabetes is a condition where you have too much glucose in your blood. It hits kidneys, so they release too many proteins in your urine; in this particular case, the protein name is Albumin.

Diabetes also leads to dehydration because the excess glucose in your blood is released through urine. Your urine might also get foamy if you start urinating more often.

Be careful, however, if you have diabetes you should drink plenty of fluids but avoid sugary drinks.

Watery Discharge - Should You Be Worried Or Is It Normal?

Black Specks In Stool – Should You Be Worried?

Do Mouthpieces Work To Stop Snoring? – See What Our Research Says:

Get Rid Of Strawberry Legs With 8 Quick Home Remedies (2018)